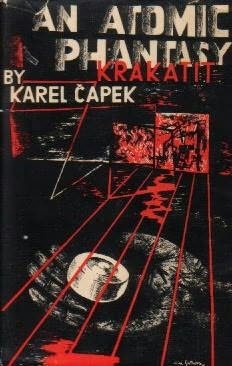 Krakatit is a novel on the risks about the abuse of science for human gain. The hero is a chemist Mr. Prokop, who was able to produce exceptionally powerful explosive. He calls it "Krakatit", after the Indonesian volcano Krakatoa. A special feature of Krakatit is that erupts seemingly without cause. After an accident in the laboratory an exhausted Prokop tumbles into Prague when he meets Tomes, who takes him into his care.