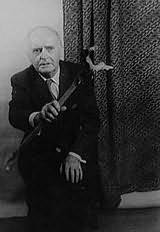 Ireland (1881 - 1972)
Padraic Colum was an Irish poet, novelist, dramatist, biographer and collector of folklore. He was one of the leading figures of the Celtic Revival. At the age of seventeen, he passed an exam for and was awarded a clerkship in the Irish Railway Clearing House. He stayed in this job until 1903. During this period, Colum started to write and met a number of the leading Irish writers of the time. His earliest published poems appeared in The United Irishman. His first book, Wild Earth collected many of these poems. In 1911 he founded the short-lived literary journal The Irish Review. In 1914, Colum travelled to the USA where he took up children's writing and published a number of collections of stories for children, beginning with The King of Ireland's Son. In 1922 he started writing novels.
Series
Riverrun
1. The Flying Swans (1957)

Anthologies containing stories by Padraic Colum
The Book of Dragons (1995)