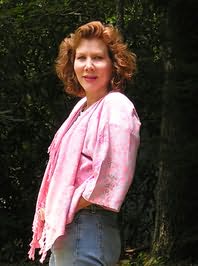 Janie DeVos, a native of Coral Gables, Florida, began her career in the advertising industry. After more than a decade in that field, she focused her time and attention on her love of writing. DeVos began her freelance writing company, Rainy Day Creations, in 2000, and began composing verses for several greeting card companies. Then, How High Can You Fly?, DeVos’ first hardcover picture book published through River Road Press, made its debut in 2001. In 2003, Ms. DeVos’ second hardcover picture book, The Path Winds Home, was released.

Both books grabbed the attention of a New York publisher, East End Publishing, and in 2007, Ms. DeVos’ third book,Barthello’s Wing, made its debut. Scholastic Books was interested in including Barthello’s Wing in their North American school book fairs, and asked that it be produced in soft-cover. It was, and to date it has sold over 90,000 copies. In the spring of 2012, DeVos once again teamed up with seasoned publisher Pat Avery to release her latest children’s book, The Shopkeeper’s Bear. It was released in November of that year, and has become a fan favorite.

In 2015, DeVos’ first adult novel found a home with prestigious Kensington Publishing. Beneath a Thousand Apple Treeswas released in the fall of 2016, and its sequel, The Art of Breathing, will be released in February, 2017. Recently, Kensington signed DeVos to a three-book series about old Florida, beginning in the 1870’s. The first book in the Glory Land series is set to be released in December, 2017, with the second and third books planned for publication in 2018.

Ms. DeVos has made numerous appearances in schools, libraries and bookstores. She has been a keynote speaker for Miami, Florida’s Title One Program, as well as the authors’ liaison for the Reading Across Broward Festival, and was one of three authors selected by Border’s Books, Children Services of Broward County, and Broward County Libraries as part of a joint effort in targeting at risk children in after-school programming. She continues to give presentations about her books at different venues, to diverse audiences. She lives in a log cabin in the Blue Ridge Mountains, with her husband and beloved Bassets. To read more about her and her upcoming work, please visit her website at www.janiedevos.com