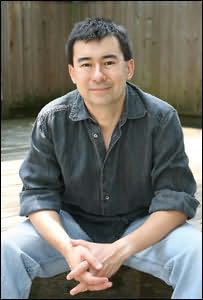 (b.1966)
Peter Ho Davies was born in 1966 to Welsh and Chinese parents. He has degrees in Physics and English, and was awarded an MA in Creative Writing from Boston University. He has worked in Malaysia, Singapore, and the USA, and was also, for a time, UK business manager for Varsity.

His work has appeared in a variety of magazines and newspapers, and his short fiction is widely anthologized, including selections for Prize Stories: The O. Henry Awards 1998 and Best American Short Stories 1995, 1996 and 2001. His own first published collection of short stories was The Ugliest House in the World (1998), which contains tales set in Malaysia, South Africa and Patagonia. This collection won the PEN/Macmillan Silver Pen Award and the Mail on Sunday/John Llewellyn Rhys Prize. His second collection, Equal Love, was published in 2000.

Peter Ho Davies lives in the United States and directs the MFA Programme in Creative Writing at the University of Michigan. He is a recipient of fellowships from the National Endowment for the Arts and the Fine Arts Work Center in Provincetown. In 2003, he was named by Granta magazine as one of twenty 'Best of Young British Novelists'.

His first novel, The Welsh Girl, set in a Welsh village during the second world war, was published in 2007.

Going the Distance (2003)
Alan Beard
"Triumphant proof that the short story is alive and kicking in the UK."

Where the Line Bleeds (2008)
Jesmyn Ward
"Bursting with life - joyous, loving, frustrated and furious - Jesmyn Ward's vision is at once searingly honest and sweepingly empathic. Her vibrant portrait of a Mississippi Gulf Coast town is peopled by some of the most movingly, achingly human characters I've encountered in fiction in years."

Rich Boy (2010)
Sharon Pomerantz
"A noteworthy addition to that long and distinguished line of American fiction about money, stretching from The Great Gatsby to The Bonfire of the Vanities."

Number One Chinese Restaurant (2018)
Lillian Li
"If a Chinese restaurant can be seen as a kind of cultural performance, Lillian Li takes us behind the scenes to offer a richly engrossing story of overlapping intrigues?commercial, generational, and romantic. She conjures the 'eco-system' of this workplace with insider acuity and renders her bustling, hustling clan of waiters, hostesses, cooks, and managers with brilliant feeling. Number One Chinese Restaurant is a vibrant, memorable debut."