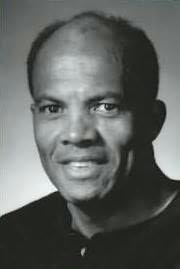 (b.1941)
John Edgar Wideman's life is as dramatic as any of his brooding, Faulknerian novels. Born in Pittsburgh to a black working-class family, he became an African-American golden boy - a Rhodes scholar and basketball star, as talented on the court as he was brilliant in the classroom, and the subject of a 1963 Look magazine article titled "The Astonishing John Wideman." As a boy, he planned to leave his background behind for a dazzling future as a novelist, academic and intellectual, but family and politics intervened. Wideman came to see the complex problems of African-American life as inescapable. His brother, Robby, was convicted of murder and sentenced to life in prison (the victim was killed by Robby's partner in a robbery) in 1976. Wideman's struggle to come to terms with his brother's deeds and their consequences became the subject of his memoir, "Brothers and Keepers." Then, in 1986, his own 16-year-old, mixed-race son stabbed and killed a classmate during a field trip. Articles that subsequently appeared in Vanity Fair and Esquire indicated the boy had long been emotionally troubled and characterized Wideman as filled with controlled racial anger.