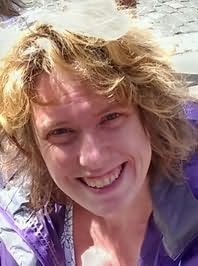 Kirsty is from the North East of England and won the English Heritage/Belsay Hall National Creative Writing competition in 2009. She has had articles and short stories published in various magazines, newspapers and anthologies and was also a judge in the Paws 'n' Claws 'Wild and Free' Children's Story competition in 2011 and in 2013. 'The Memory of Snow', her first novel, was commended in the Northern Writer's Awards, shortlisted to the top five of Wyvern's novel competition in 2011 and longlisted in the Red Telephone Novel Competition in 2012.
Series
Rossetti Mystery
1. Some Veil Did Fall (2014)
2. The Girl in the Painting (2016)
3. The Girl in the Photograph (2017)
4. A Little Bit of Christmas Magic (2017)

Collections
Turn On a Sixpence (2013)