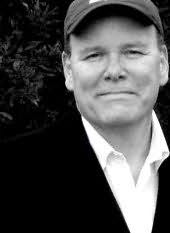 (b.1963)
David Macinnis Gill is the author of the award-winning novels Black Hole Sun and Soul Enchilada, both from Greenwillow/Harper Collins. His short stories have appeared in several magazines, including The Crescent Review and Writers Forum. His critical biography of young adult author Graham Salisbury, Graham Salisbury: Island Boy, was published by Scarecrow Press. He holds a bachelors degree in English/creative writing and a doctorate in education, both from the University of Tennessee.

He is the Past-President of ALAN (The Assembly on Literature for Adolescents) and an Associate Professor at the University of North Carolina at Wilmington. His non-fiction, book reviews, essays, and academic work have appeared in a variety of publications, including The English Journal, Teacher-Librarian, and many others.

Davids teaching career began in Chattanooga, Tennessee, where he was a high school teacher at Brainerd High School and briefly at the Chattanooga School for the Arts and Sciences. He later joined the English Department at Ohio University as an assistant professor. Currently, he is an associate professor of English education at the University of North Carolina Wilmington.

David has been a house painter, cafeteria manager, bookstore schleper, high school teacher, and college professor. He now lives on the Carolina coast with his family, plus fourteen fish, two rescued dogs--an airebeagle and a border setter--and a nocturnal marsupial.