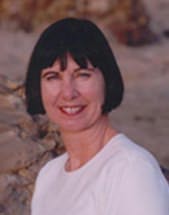 (1950 - 2010)
Kathleen Givens was born in New York City, but spent her early years living in the Northeast and Georgia before landing in Southern California at the age of ten.

From an early age, Kathleen was entranced by the history, legends and sagas of the people who mixed together to form Scotland, Ireland, England and later the United States. She likes to weave elements of their myths and legends into her work, to mix fictional and factual characters, and set them against turbulent backdrops of war and social and political upheavals. And then add a love story, of course.

Kathleen made her writing debut at the age of ten with a rewrite of Little Women, in which Jo marries Laurie and no one dies. It is not in print. In high school she and a friend wrote a dreadful 250-page play about an English rock group. Surprisingly, it is not in print either.