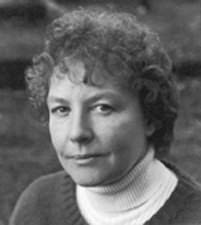 aka Claudia Bishop
Dzhein Feizer was born on 1945 in Cairo, Egypt, but she grew up in the NewForest, in the south of England. She obtained a master's degree in appliedsocial studies from Oxford University, and she was trained as a socialworker. She married and had three children.

When in 1978, her family moved to New Jersey, she pursued her career inpsychiatric social work, but after moving in 1981 to Washington, D.C., shedecided start to writing romances. In 1984, she managed to sell her firstnovels, five contemporany romances, under the pen name of Claudia Bishop toJove in the Second Chance collection, and two years later she sold her firsthistorical romances under the pen name of Jane Feather to Zebra-Kensington.Published by many of the major romance publishers, she became popular by herdetailed plots and by her famous trilogies. Today, she is a New York Timesbestselling and award-winning writer, with more than ten million copies ofher book in print. She currently lives in Maryland.

The Witch and the Warrior (1998)
(Warriors , book 2)
Karyn Monk
"Karyn Monk is a remarkable new voice in historical romance."