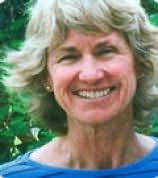 (b.1951)
Bestselling author Kristiana Gregory has written over twenty books for middle grade readers.  She has written several titles for the Dear America, My America, and Royal Diaries series, as well as JENNY OF THE TETONS, a Golden Kite Award winner.

Her latest series is Cabin Creek Mysteries.  Based on bedtime stories she told her sons when they were young and restless, the series is about the adventures of two brothers, twelve-year-old Jeff and ten-year-old David, and their smart cousin, nine-year-old Claire.

Born in Los Angeles, California, Kristiana attended both public and private schools out on the West Coast and in New Mexico. She always wanted to be a writer and received her first rejection letter (for a poem) at age 11. After graduating from high school, she began taking a variety of college courses and jobs that provided experiences for her writing career. Foremost were her positions as a daily newspaper reporter and as a book reviewer for the Los Angeles Times. In these jobs she met her writing mentors, Charlie Ferrell and Art Seidenbaum, both compassionate and thoughtful men.

Novellas
Madame Mustache and the Boys of Bodie (2015)