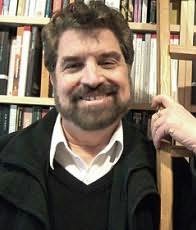 (b.1950)
Michael Genelin is a writer, lawyer and international consultant in government reform. He is also the author of four highly acclaimed novels, Requiem For a Gypsy, The Magician's Accomplice, Dark Dreams and Siren of the Waters. He's a graduate of UCLA School of Law and was a deputy district attorney in the LADA's office, prosecuting hundreds of cases. He also supervised the prosecution of all major gang crimes as Head Deputy of the DA's Hardcore Gang Division. Leaving the DA's office Michael worked as an international consultant in government reform for, among others, the US State Department, Department of Justice and the US Agency for International Development in Slovakia, Palestine, Nepal, South Sudan, Indonesia and Tanzania specializing in such areas as anti-corruption, criminal justice reform, government reorganization, freedom of information, due process, etc. He has also written for the stage, movies and television.

Michael now lives in Los Angeles is now focusing on writing novels, all of which have been applauded by the public and critics, including the Boston Globe, The New York Times, The Globe and Mail, The Washington Post, Library Journal (starred reviews), Publishers Weekly, The Pittsburgh Post-Gazette, Milwaukee Journal Sentinel, Kirkus Reviews and others. He has recently completed the fifth novel in the Jana Matinova series, For the Honored Dead, and is now working on a stand-alone novel, The Book of Thieves.