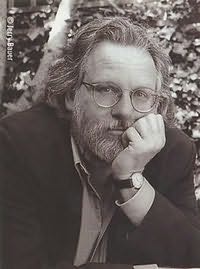 Rick Gekoski - described by Tatler as think Bill Bryson, only on books - is a rare book dealer, writer, and broadcaster. An American who came to England in 1966 (and now a dual citizen, feeling "equally ill at ease in both cultures") he took a B. Phil and D.Phil. in English at Oxford. From 1971-1987 he was a member of the English Department of the University of Warwick, and sometime Chairman of the Faculty of Arts.

He has published a critical book on Joseph Conrad, The Bibliography of William Golding, Staying Up (a book on Premiership Football), a collection of essays entitled Tolkien's Gown and Other Stories of Great Authors and Rare Books (based on his BBC Radio 4 Series Rare Books, Rare People), Outside of a Dog: A Bibliomemoir, and Lost, Stolen, or Shredded: Stories of Missing Works of Art.  (Lost, Stolen, or Shredded was broadcast on BBC Radio 4  in September-October 2009). He has founded two private presses, The Sixth Chamber Press and The Bridgewater Press, which issue finely printed editions of leading contemporary novelists and poets. In 2005 he was one of the judges for the Man Booker Prize, and was then Chair of the judges for the Man Booker International Prize 2011, which was awarded to Philip Roth. He teaches creative non fiction for the Arvon Foundation, and sits on their Development Board. In 2010 he was elected a Trustee of English PEN, and sits on their Board.

He lives in London, the New Forest and New Zealand, is married to Belinda Kitchin and has two children, Anna (a forensic psychologist) and Aaron (family name Bertie, who is an underwater videographer) who appear in both Staying Up and Outside of a Dog.
Series
James Darke
1. Darke (2017)
2. Darke Matter (2020)
3. Darke Times (2022)