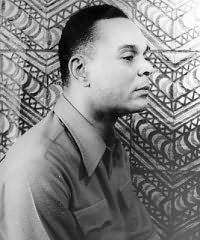 (1909 - 1984)
Chester Bomar Himes was a famous African American writer. His works include If He Hollers Let Him Go and a series of Harlem Detective novels. In 1958 he won France's Grand Prix de Littérature Policière; two of his novels were made into feature films: Cotton Comes to Harlem directed by Ossie Davis in 1970 and A Rage in Harlem starring Gregory Hines and Danny Glover in 1991.

In 1969, fleeing oppression, Himes moved to Moraira, Spain, where he died in 1984 from Parkinson's Disease.