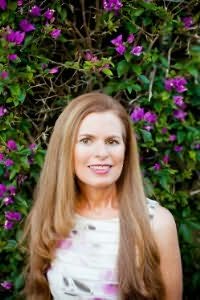 Cynthia Hamilton has recently embarked on a mystery series and has become hooked on working in this genre. The author does extensive research for all her books and her latest are no exception. To gear up for "Spouse Trap", the first book in the series, she took a detective course and spent countless hours investigating Guam, "virtually" living there so she could navigate her protagonist through a quickie divorce, with a little mayhem on the side.

"Spouse Trap," set in her hometown of Santa Barbara, CA, is the prequel to the series. It tells the story of how Madeline Ridley becomes Madeline Dawkins, and the dual careers she forges after going to hell and back. It was released in February 2013 and has received very enthusiastic feedback.

Because of what she put her heroine through in the first installment, the author realized Madeline needed to have martial arts training in the subsequent books. To that end, she has taken up karate, a discipline she has fallen in love with - so much so, she incorporated her instructor into her latest book.
Series
Madeline Dawkins
1. Spouse Trap (2013)
2. A High Price to Pay (2014)
3. Girl Trap (2018)
4. The Trouble with Paradise (2019)