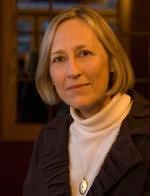 Canada
Elizabeth Hay was born in Owen Sound, Ontario, the daughter of a high school principal and a painter, and one of four children. When she was fifteen, a year in England opened up her world and set her on the path to becoming a writer. She attended the University of Toronto, then moved out west, and in 1974 went north to Yellowknife in the Northwest Territories. For the next ten years she worked as a CBC radio broadcaster in Yellowknife, Winnipeg, and Toronto, and eventually freelanced from Mexico. In 1986 she moved from Mexico to New York City, and in 1992, with her husband and two children, she returned to Canada, settling in Ottawa, where she has lived ever since.