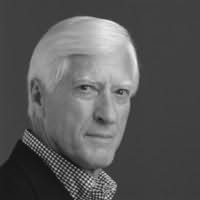 James Neal Harvey spent fifteen years in the advertising business before selling his company and devoting himself to writing.

He made his hardcover debut in 1990 with By Reason of Insanity, which introduced NYPD detective Ben Tolliver.

In 2011, Harvey published the nonfiction Sharks of the Air, a detailed history of the development of the first jet fighter.

In 2014, he returned to thrillers with The Big Hit, a mystery about an assassin