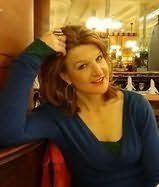 Clare Harvey was born in Barnstaple in North Devon, and lived there until just after her seventh birthday, when the family uprooted and moved to Mauritius for two years. After living overseas, the family moved back to Englefield Green, in Surrey, and then later back to Devon, where she went to secondary school.

Clare studied Law at the University of Leicester, but chose not to follow a legal path, deciding instead to do voluntary work in Tanzania and hitch-hike from Zanzibar to Cape Town, where she stayed for a year. After her African adventure, she worked for an overseas charity, picked up a journalism qualification, and fell in love with a soldier. Much to her parents dismay, a safe career as a solicitor never looked likely!

Clare has had an itinerant adulthood, working as a freelance journalist and English tutor in Nepal, Germany and Northern Ireland, as well as various parts of England, as the trailing spouse of a serving soldier.

Seventeen years as a military wife, as well as a brief stint in the army reserves, have given her a fascination with the largely untold story of women soldiers.  Her writing delves into the personal dilemmas of women both on active service, and on the home front, from WW2 through to the recent conflicts in the Middle East.

Clare is currently working on a novel about women secret operations executive (SOE) agents in wartime France. She has three children and lives in Nottingham.