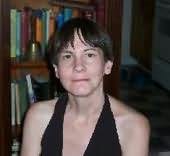 Susan Higginbotham is an American historical fiction author. She has written on the Middle Ages and the Wars of the Roses.Higginbotham began working on her first novel, The Traitor's Wife in 2003, and after reading some articles on self-publishing, she self-published in 2005. It won ForeWord magazine's 2005 Silver Award for historical fiction and the 2008 Independent Publisher Book Awards' Gold Medal for Historical/Military Fiction. It is a fictional account of the life of Eleanor de Clare, wife of Hugh le Despenser the Younger. Sourcebooks contacted her in 2008, and offered to republish it. Her next novel was Hugh and Bess, a sequel to her first novel, depicting the life of Eleanor and Hugh's eldest son Hugh le Despencer, 2nd Baron le Despencer. It was reissued in August 2009. Her next book, The Stolen Crown, was published in 2010 and is a fictional depiction of Catherine Woodville, Duchess of Buckingham. Her latest novel, The Queen of Last Hopes, features Margaret of Anjou.
Genres: Historical