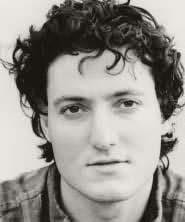 (b.1970)
Born in London in 1970, Tobias Hill leapt to prominence with two collections of poetry, Year of the Dog, and Midnight in the City of Clocks, published by OUP. Heralded as an 'impressively controlled' collection, Midnight in the City of Clocks offered reportage of Japan and evoked an alien and gritty London landscape. Tobias Hill has won over 100 awards for his writing. His collection of short stories, Skin, first published to considerable acclaim in June 1997, won the 1998 Macmillan/Pen Award and was runner-up for the Mail on Sunday/John Llewellyn Rhys Prize 1998. Tobias Hill's collection of poetry, Zoo, was published in November 1998. His debut novel, Underground, was published by Faber in April 1999 and in paperback in April 2000. It won an Arts Council Writers' Award and also a Betty Trask Award. He has worked as rock critic for the Sunday Telegraph and is a regular reviewer for numerous publications. In 1998 Tobias Hill was made the inaugural resident poet at London Zoo. He is Visiting Fellow at Sussex University.
Novels
Underground (1999)
The Love of Stones (2001)
The Cryptographer (2003)
The Hidden (2007)
What Was Promised (2014)

Picture Books
The Lion Who Ate Everything (2008)