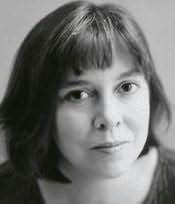 Liz grew up in a little bitty town in East Texas called Martins Mill. As a child she loved animals, so she raised rabbits and didn't think all that much of reading until her third grade teacher, Mrs. Sides, read The Yearling aloud in class. Books about animals! She was hooked.

She attended high school in San Antonio and after graduation attended Southern Methodist University, where she earned a BFA in theater in 1987. Her last year of college, she won a playwriting award that allowed her to follow her dream of foolishly running away to New York City.

In New York, Liz worked in bookstores, in schools as a substitute teacher, and in publishing. A longtime victim of the writing bug, she spent nights and weekends scribbling away. One of these efforts, Man Trap, was published by Silhouette Books in 1993. Throughout the nineties, Liz wrote many contemporary and western historical romances for both Silhouette and Harlequin. In 2001, Kensington Books published Liz's first long contemporary, Husband Material.

In the meantime, Liz moved from New York City to Austin, Texas, where she continued to write and also picked up a husband, Joe, who is a computer software engineer. They subsequently moved to beautiful Oregon, where they presently live in a houseful of geriatric pets.

In her spare time, Liz loves to read and hunts for old jazz and early popular music 78s at estate sales. She also spends way too much time parked in front of her television watching old movies.

Series contributed to
Fabulous Fathers
The Birds and the Bees (1994)

Greatest Texas Love Stories of all Time
28. Millie and the Fugitive (1996)