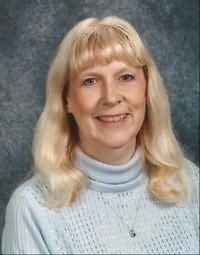 A teacher for nearly 40 years in the public school systems of three different states, Regina Jeffers is a Time Warner Star Teacher Award winner, a Martha Holden Jennings Scholar, a Columbus Educator Award winner, and a guest panelist for the Smithsonian. She served on various national educational committees and is often sought as a media literarcy consultant. Like many "snow birds," Jeffers moved to the South several years ago. She is late to the publishing business, having written her first book on a dare from her students, who, literally said, "If you know all this, why do you not do it yourself?" On a whim, she self published her first book, and from there, everything happened at once. Now, writing for Ulysses Press in California, Jeffers is the author of several Jane Austen adaptations including Darcy's Passions, Darcy's Temptation, Vampire Darcy's Desire, The Phantom of Pemberley, and Captain Wentworth's Persuasion. She considers herself a Janeite - a member of the Jane Austen Society of North America and spends lots of her free time involved in such. Jeffers has now branched out into the Historical Romance genre.

Pride and Prejudice Mystery
The Disappearance of Georgiana Darcy (2012)
The Mysterious Death of Mr. Darcy (2013)
The Prosecution of Mr. Darcy's Cousin (2015)