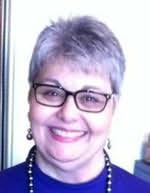 Sue Ann heard the siren call of writing early in her life, but did not make the commitment to become a novelist until about 1995. After completing two novels (still unpublished), she turned her attention to the mystery genre, and fell in love. She continues to write both mysteries and general fiction, as well as short stories and occasional poetry, and belongs to two very supportive writers' associations: Sisters In Crime, and Mystery Writers of America.

Omnibus
Love at Large (2004) (with Judy Bagshaw and Nancy Trausch)