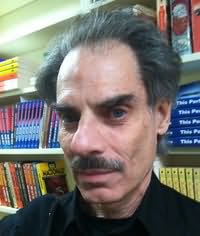 Joseph Koenig is an author of hard-boiled fiction. A former crime reporter, he won critical acclaim and an Edgar nomination for his first novel, Floater (1986), a grimly violent story of con men, cops, and killers in the Florida Everglades. For nearly two decades after Brides of Blood, Koenig did not publish. But in 2012 the pulp-style publishing house Hard Case Crime released his newest novel, False Negative, a rollicking mystery about a journalist who, like Koenig once did, writes for true-crime magazines.