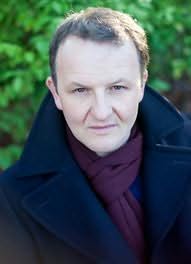 Phil Kurthausen was brought up in Merseyside where he dreamt of being a novelist but ended up working as a lawyer. He has travelled the world working as a flower salesman, a light bulb repair technician and, though scared of heights, painting the Sydney Harbour Bridge. Ken Dodd once put him in a headlock for being annoying.

He has had work broadcast on BBC radio 4 extra, published some short stories and his novel ‘The Killing Pool’ won the Thriller Round in the Harper Collins People’s Novelist Competition broadcast on ITV in November 2011 and appeared in the final. It was later shortlisted for the Dundee International Literary Prize in 2012. He lives in Chester.