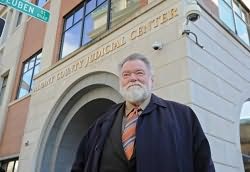 After college and the Army and a stint on newspapers as a copyboy, proofreader and reporter, He joined the New York City Police Department as a Patrolman in 1967. For most of the next 18 years he patrolled the streets of Brooklyn and Manhattan as patrol officer and sergeant, except for stints as speech writer, Police Academy Instructor and lawyer within the Department. He was a Patrolman during the time of the Knapp Commission investigation into police corruption and after, in the Department's Post-Knapp revival. He knew the reformer Frank Serpico and the notorious 'Prince of the City', Robert Leuci. When he retired in 1987 as a Lieutenant of Police, he had a law degree, earned at night from Fordham University School of Law.