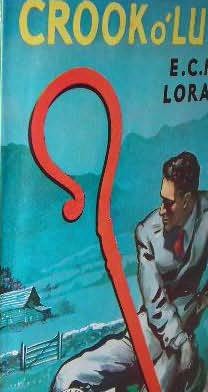 The beautiful Lancashire fell country which was the background of previous E.C.R. Lorac novels such as "The Theft of the Iron Dogs" and "Still Waters" is the setting too, of this detective story. Robert Macdonald (Chief Inspector Macdonald when on duty at Scotland Yard) is staying with his friends Kate and Giles Hoggett in Lunesdale, looking for a farm where he can settle down if and when he retires. There have been some cases of sheep-stealing reported locally and Macdonald readily agrees to make a few ex officio inquiries. He is called on in his official capacity, however, when the even more serious crimes of arson, manslaughter and attempted murder follow. Whether or no these are connected with sheep-stealing is but one of Macdonald's many and knotty problems in this absorbing murder story.