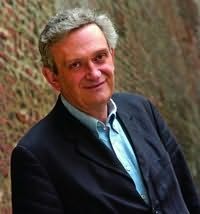 France (b.1953)
François Lelord, born 22 June 1953 in Paris is a French psychiatrist and author. He studied medicine and psychology. After getting his doctoral degree in 1985, he was a post-doctorate researcher with Robert Liberman at the University of California (UCLA), Los Angeles. He then worked as an attending physician at Hôpital Necker (which is affiliated with Descartes University) in Paris for two years.
In 1989 he opened up his own practice which he closed down in 1996 to work as an advisor on stress and job satisfaction for several companies. Having co-written various self-help books, he was commissioned to produce another but found himself instead writing a novel, Hector and the Search for Happiness, the first in a series of adventures featuring a psychiatrist protagonist. In 2004, Lelord went to work for an NGO in Hanoi and Ho Chi Minh City. He now lives in Thailand with his wife and son. The film of Hector and the Search for Happiness is released in UK cinemas in August 2014, starring Simon Pegg and Rosamund Pike.
Series
Hector's Journeys
2. Hector and the Secrets of Love (2011)
3. Hector Finds Time (2012)
3. Hector and the Search for Lost Time (2012)
Hector and the Search for Happiness (2009)