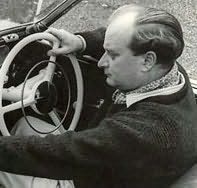 aka Andrew MacAllan
James Leasor was one of the bestselling British authors of the second half of the 20th Century.  He wrote over 50 books including a rich variety of thrillers, historical novels, histories and biographies.His works included Passport to Oblivion (one of the best selling books of the 1960s and filmed as Where the Spies Are, starring David Niven), the first of ten novels featuring Dr Jason Love, a Somerset GP called to aid Her Majestys Secret Service in foreign countries, and a trilogy about the Far Eastern merchant Robert Gunn set in the 19th century. There were also sagas set in Africa and Asia, written under the pseudonym Andrew MacAllan, and the Aristo Autos tales narrated by an unnamed vintage car dealer in Belgravia.
Series
Jason Love
1. Passport to Oblivion (1964)
aka Where the Spies Are
2. Passport to Peril (1966)
aka Spylight
3. Passport in Suspense (1967)
aka The Yang Meridian
4. Passport for a Pilgrim (1968)
5. A Week of Love (1969)
6. Love-All (1971)
7. Frozen Assets (1989)
8. Love Down Under (1992)
Host of Extras (1973)
Love and the Land Beyond (1979)