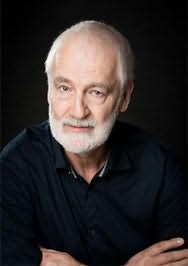 James Long was a BBC TV news correspondent until the end of the 1980s. After two years starting and running an international TV station out of Zurich, he returned to England to concentrate on writing, which had always been his first love. He wrote four thrillers, then went back to a story he had begun many years earlier and which grew into Ferney. The book was originally born from his disappointment at being unable to buy a derelict cottage he had found near the village of Penselwood and that house became the centre of the story. Many more novels followed, including two written under the pseudonym 'Will Davenport.' He moved into historical non-fiction in 2007 with The Plot against Pepys, co-written with his oldest son, Ben. Since then, he has co-written a play with his middle son, Harry. He lives with his wife, Annie and daughter Matilda in Totnes, Devon. His interests range from archaeology to motor racing. He is actively involved in the creative writing charity, the Arvon Foundation and tutors from time to time on Arvon courses. He is also a patron and adviser to the Dartington Literary Festival, 'Ways with Words.'
Series
Ferney
1. Ferney (1998)
2. The Lives She Left Behind (2010)