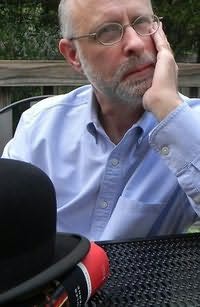 Norman Lock has written novels and short fiction as well as stage, radio and screen plays. He received the Aga Kahn Prize, given by The Paris Review, and the Literary Fiction Prize, given by The Dactyl Foundation of the Arts & Humanities, fellowships from the New Jersey Council on the Arts, the Pennsylvania Council on the Arts, and the National Endowment for the Arts. In addition to Love Among the Particles, he is the author of the novels Shadowplay, The King of Sweden, and The Long Rowing Unto Morning, the short-fiction collections A History of the Imagination, Grim Tales, Pieces for Small Orchestra & Other Fictions, Trio, and Émigrés / Joseph Cornell's Operas, the novellas Land of the Snow Men and Escher's Journal, and the book-length poems In the Time of Rat and Cirque du Calder. His acclaimed Absurdist drama The House of Correction has been produced widely in the U.S., Germany, and at the Edinburgh Theatre Festival and, currently, in Istanbul. Radio plays broadcast by WDR, Germany, include Women in Hiding, The Shining Man, The Primate House, Let's Make Money, and Mounting Panic. Selected radio plays are published as Two Plays for Radio; stage plays, as Three Plays by Norman Lock.