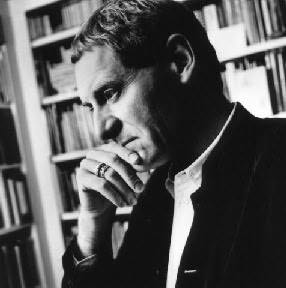 (b.1952)
Andrew Motion was born in 1952. He read English at University College, Oxford and subsequently spent two years writing about the poetry of Edward Thomas for an M. Lit. From 1976 to 1980 he taught English at the University of Hull; from 1980 to 1982 he edited the Poetry Review, and from 1982 to 1989 he was Editorial Director and Poetry Editor at Chatto & Windus. He is now Professor of Creative Writing at the University of East Anglia. He is a member of the Arts Council of England and a Fellow of the Royal Society of Literature. Andrew Motion is the author of eight books of poems, of four biographies, including the authorized life of Philip Larkin, and of critical studies of Larkin and Edward Thomas. He has been the recipient of the John Llewellyn Rhys Prize, the Somerset Maugham Award, the Dylan Thomas Award and the Whitbread Prize for Biography. He was appointed Poet Laureate in May 1999.
Series
Pale Companion
1. The Pale Companion (1989)
2. Famous for the Creatures (1991)

After Nature (2002)
W G Sebald
"A deeply intelligent book, but also a marvelously warm and intelligent one."

K (2002)
Hong Ying
"Like all Hong Ying's work, K is written with a wonderfully intense simplicity - it's tough, uncompromising, direct and tense with strong emotion, but also full of poetry and grace."