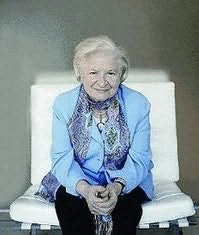 (1920 - 2014)
P D James was born in Oxford and educated at Cambridge High School for Girls. From 1949 to 1968 she worked in the National Health Service and subsequently in the Home Office, first in the Police Department and later in the Criminal Policy Department. All that experience was used in her novels. She was a Fellow of the Royal Society of Literature and of the Royal Society of Arts and served as a Governor of the BBC, a member of the Arts Council, where she was Chairman of the Literary Advisory Panel, on the Board of the British Council and as a magistrate in Middlesex and London. She was an Honorary Bencher of the Honourable Society of the Inner Temple. She won awards for crime writing in Britain, America, Italy and Scandinavia, including the Mystery Writers of America Grandmaster Award and The National Arts Club Medal of Honor for Literature (US). She received honorary degrees from seven British universities, was awarded an OBE in 1983 and was created a life peer in 1991. In 1997 she was elected President of the Society of Authors, stepping down from the post in August 2013.

The Hand of Strange Children (1993)
Robert Richardson
"Mr. Richardson knows how to create suspense and an atmosphere of incipient evil."

The Sherlock Effect (1997)
Raymond Kay Lyon
"The most ingenious part of your paperback is, of course, the central idea of a character named after Sherlock Holmes who decides to set up a detective agency on much the same lines as-the original genius, and even in a similar room. I think that this inspiration offers interesting possibilities."

Funeral Music (1998)
(Sara Selkirk, book 1)
Morag Joss
"It is always a pleasure to welcome a new and exciting talent to British crime writing, and Morag Joss's distinguished debut demonstrates an interesting setting, characters, both sympathetic and villainous, who are portrayed with wit and perception, good writing and a plot which combines tension with credibility. I look forward to her next with happy confidence."

Some Day Tomorrow (2000)
Nicolas Freeling
"An author as much concerned with the impulses and motives of the human heart as with the details of detection."

The Blood Doctor (2002)
Barbara Vine
"Barbara Vine has transcended her genre by her remarkable imaginative power to explore and illuminate the dark corners of the human psyche."

Rumpole and the Primrose Path (2002)
(Rumpole)
John Mortimer
"Rumpole, like Jeeves and Sherlock Holmes, is immortal."

The Betrayal of Trust (2011)
(Simon Serrailler, book 6)
Susan Hill
"A new crime novel by Susan Hill is an event eagerly awaited by all afficionados."