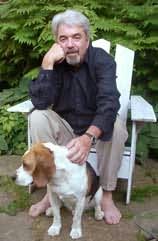 Canada (1943 - 2008)
Dennis Richard Murphy was a successful film and television writer, director, producer and teacher whose documentary series appeared in 70 countries in 33 languages. His short stories were published in Ellery Queen's and Alfred Hitchcock's Mystery Magazines as well as in several anthologies, and in 2007 he won the Crime Writers of Canada Arthur Ellis Award for Best Short Story. Sadly, Dennis Richard Murphy passed away in June 2008, shortly after completing Darkness at the Break of Noon.
Novels
Darkness At the Break of Noon (2009)