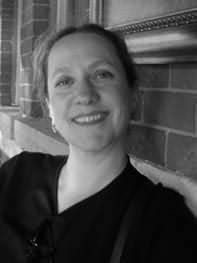 Canada
Violette is co-founder of the Scene of the Crime Festival on Wolfe Island, a two-day event focusing on Canadian crime writing, and celebrating the birthplace of Grant Allen, Canada's first crime writer. Violette gives the writing workshop, which is one of the festival's events, and is the organizer and co-judge of The Wolfe Island Prize for first crime fiction, sponsored by the festival. With Therese Greenwood, she is the editor of Dead in the Water, an anthology of crime and mystery fiction set in and around Canada's bodies of water. The anthology will be published by Rendezvous Press in Toronto in the spring, 2006. Violette's first short story "Brush Off" won the inaugural "Bony Pete" award at the Crime Writers of Canada Bloody Words Conference. Her mystery fiction has been published in the Canadian anthologies of the Ladies Killing Circle, in the noir anthology Crime Spree, and in the magazine Over My Dead Body. Her erotica has been published in Penthouse. Her fantasy novel The MIRROR PRINCE was published by DAW in July of 2006, and her new novel, SLEEPING GOD will be out in 2007.

Anthologies edited
Dead in the Water (2006) (with Therese Greenwood)