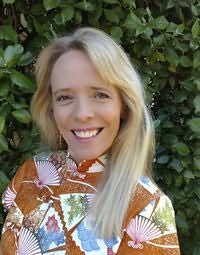 (b.1956)
Ellen Tanner Marsh was born in Cologne, Germany, in 1956. At the age of three, her family came to the United States for a two-year stay which has since lengthened to thirty-five.Ellen grew up in New Jersey and moved to Charleston, SC, with her family when she was sixteen. She graduated from Clemson University with a Bachelors degree in Animal Science. While debating whether or not to apply to veterinary school, she published her first historical romance novel, Reap the Savage Wind. When Reap became a New York Times bestseller, there was no question of continuing with her studies, and Ellen began writing full time.

Two further New York Times bestsellers have followed: Wrap Me in Splendour, and its enormously popular sequel, Sable.With a total of eleven published novels, Ellen has garnered numerous awards, including a Romantic Times Lifetime Achievement Award, as well as appearing on the B. Dalton, Walden, Publishers Weekly, and other bestseller lists. She has over four million books in print and her work has been translated into four languages. They are extremely popular in her native Germany, where several have been included in special edition.Ellen still resides in Charleston, SC. She is married to her high school sweetheart and has two young sons.