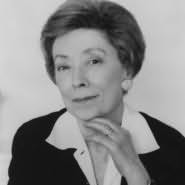 Scotland (1929 - 2007)
Born and brought up in Scotland, Reay Tannahill would have liked to go to either art or drama school but instead found herself at the University of Glasgow, from where she emerged with an MA in history and a postgraduate certificate in social sciences. After a varied early career - as a probation officer, advertising copywriter, newspaper reporter, historical researcher and graphic designer - she was asked by The Folio Society to write a short illustrated study of Regency England. This allowed her to combine her interests in art and history and was followed by Paris in the Revolution and The Fine Art of Food. Then came the bestselling Food in History. Its success was such that her publisher suggested a companion volume on the second great human imperative, Sex in History. Published in 1980, it has been translated into more than a dozen languages.
Series
Dame Constance de Clair
1. Having the Builders in (2006)
2. Having the Decorators in (2007)