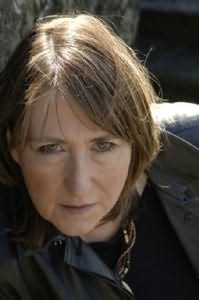 Jenni Mills was born in Birmingham. She has never been much good at getting up in the morning, so she has had to have lots of different jobs in the hope that nobody would notice this. Mostly, apart from a short spell as a waitress, she has worked in broadcasting. She has presented and produced many programmes for BBC Radio 4, including You and Yours, Woman's Hour, Never the Same Again, and Famous for Fifteen Minutes, and directed TV documentaries for both the BBC and ITV, as well as teaching voice techniques to broadcasters. She gained a distinction in her MA in Creating Writing at Bath Spa University, where she now tutors.


She is the author of a handbook for radio/TV reporters and presenters, The Broadcast Voice, and her stage play, Claire's Story, was produced at the Haymarket Theatre in Leicester. She has written for a number of magazines and newspapers, including the Independent, Radio Times and Bella. The critically acclaimed Crow Stone was her first novel. 'The Buried Circle' is her second novel.