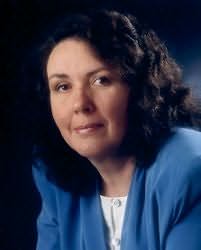 Joanna Maitland is a Scot (with part Irish ancestry) though she and her husband now live in England, near the border with Wales. It's a magical area, overflowing with the kind of historical sites that would tantalise any author's storytelling tastebuds. To add to her nomadic history, Joanna spent the Swinging Sixties living in Scotland, France, Germany, and London, and she still enjoys travel to faraway places which can give her backgrounds for her historical romances. Recently, she travelled to St Petersburg in Russia; the Austrian capital, Vienna; and Venice, Queen of the Adriatic. All three have the kind of fascinating locations that Joanna loves to include in her stories; you can read about them in her trilogy, THE AIKENHEAD HONOURS. So far, thirteen of Joanna's Regency romantic novels have been published by Harlequin Mills & Boon. The most recent is THE EARL'S MISTLETOE BRIDE, a Christmas tale of mystery, marriage, and mistletoe! Joanna's books are available in many countries of the world, both in English and translated into at least a dozen other languages. There is even a gorgeous Manga version in Japan, of which she is very proud.