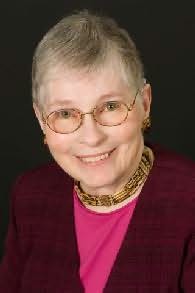 She's the author of 54 published books, which include the various romance genres--gothic, suspense, contemporary, historical, Regency and paranormal--as well as other genres such as mystery, fantasy and horror. Jane has used pseudonyms: Ellen Jamison, Diana Stuart, Olivia Sumner--but is now writing under her own name except for her Pinnacle historical romances for which she uses Jane Anderson.

Always A Bridesmaid
The Abandoned Bride (1995)