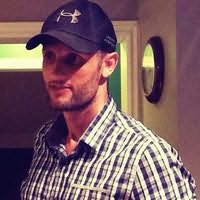 Jon Mills is a bestselling author from Hampshire, England.  He currently resides in North America.

Among the many books he writes under pen names, he has written:

The UNDISCLOSED TRILOGY which is a young adult thriller about the origins of mankind, conspiracy theories, the choices we make, and the secrets that are kept from us. Filled with suspense, adventure and a slew of characters that you will love, the books deliver an incredible thrill ride and an unforgettable original story.

The DEBT COLLECTOR series is a thriller about a hitman turned vigilante. Loved by people and hated by criminals he now lives to help others. Jack Winchester was a notorious hitman for a ruthless New Jersey crime family until a job went wrong, and he wound up serving time. Four years later, Jack is free and he wants out of the game, but his boss won't let him go. Forced to take on one last job to make amends for what landed him in prison, he travels to the small town of Rockland Cove, Maine. There, he not only discovers that the target and money have disappeared; he finds himself falling for a damaged woman, and befriending an unruly son left behind.

He also wrote The Promise which is about an A list actor who is forced into go to rehab and falls for his counselor.

Romantically challenged and still reeling from her mother's death. Hailey Welland, an addiction counselor in a small town in New York, struggles to keep her parents' once flourishing treatment center from closing. When faced with a proposition of help she can't refuse, sparks fly as Hailey discovers it all hinges on helping the one Hollywood actor that no other center will touch.With only two weeks to make it work, will Hailey be able to step up to the challenge?
Series
Undisclosed Trilogy
1. Undisclosed (2012)
2. Retribution (2014)
aka Decoded
3. Clandestine (2014)
aka One