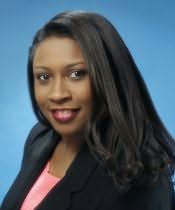 Michelle Monkou became a world traveler at three years old when she left her birthplace of London, England and moved to Guyana, South America. She then moved to the United States as a young teen. An avid reader, mixed with her cultural experiences, set the tone for a vivid imagination. It wasn't long before the stories in her head became stories on paper.In the middle of writing romantic fiction, she added a Master's of International Business to her Bachelor's in English. Michelle was nominated for the 2003 Emma Award for Favorite New Author for her debut novel -- Open Your Heart. Since September '06, Michelle became part of the launch of Harlequin's new African American romance line, Kimani Romance. She launched her three-book series about the Masterson family and will debut a new five-book series, Ladies of Distinction, with No One But You and Gamble On Love due for release in April and October 2008.