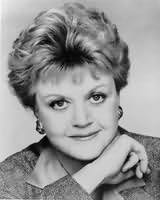 Mrs. Fletcher began her career writing on an old Royal typewriter (Magic Margin with glass keys), but as her career progressed, she eventually purchased an Intel 80386 class computer running Windows 3.1 (at the time a popular operating system). Among her friends she can count both multi-millionaires who own Beech Starships to down-on-their-luck homeless people, moving effortlessly between the social strata. The format of the show usually has Jessica solving the mysteries within five minutes of the end of each program, unless the producers felt they could prolong the suspense across two episodes. Perhaps her most notable experience was encountering a Mr. Potts who preferred to be called Mr. Bond - he did at least have an Aston Martin DB6, in which Jessica herself ended up racing to the rescue.Jessica's relationship with law-enforcement officials varied from place to place. Both the sheriffs of Cabot Cove were used to, or resigned themselves to, having her meddle in their cases. However, most detectives and police officers didn't want her anywhere near their crime scenes, until her accurate deductions convinced them to listen to what she had to say. Others were fans of her books and gave her free rein. With time, she made friends in many police departments across the USA, as well as a British police officer attached to Scotland Yard.