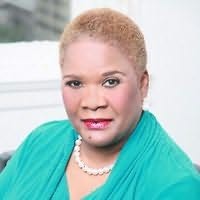 Brenda Jackson, New York Times and USA Today Bestselling author of over 100 novels and novellas, was born in Jacksonville, Florida. She earned a Bachelor of Science degree in Business Administration from Jacksonville University. She married her high school sweetheart, Gerald, and they have two sons, Gerald Jr. and Brandon, ages thirty-six and thirty-four, respectively. She is an active member of Delta Sigma Theta Sorority, Inc. Her professional writing career began in 1995 with the release of her first book, Tonight and Forever. Since then she has written over 100 titles, which includes a made-for-television movie by BET, One Special Moment as well as the movie, Truly Everlasting. She was a 2012 NAACP Image Award Nominee for Outstanding Literary Fiction for her book, A Silken Thread; and was named Romance Writers of Americas Nora Roberts Lifetime Achievement Award recipient for 2012.

Series contributed to
Dynasties the Danforths
Scandal Between the Sheets (2004)
Wesley, Ian & Imogene (omnibus) (2009) (with Kristi Gold and Kathryn Jensen)

Braddocks: Secret Son
The Object Of His Protection (2008)

Billionaires and Babies (with Sarah M Anderson)
67. His Forever Family (2016)

My Unbroken Heart (2012)
(Unforgettable Hinton, book 5)
Adrianne Byrd
"Our favorite bad boy is back...and he's more than worth the wait."

In the Heat of the Night (2014)
(O'Roarkes, book 2)
Katherine Garbera
"Her stories are a hot, sensuous and passionate treat."