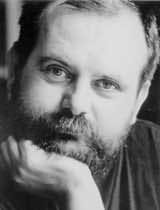 Ithaca (2017)
Alan McMonagle
"Compelling from start to finish. Read it."

This Cruel Station (2017)
Martin Malone
"These surgically precise but essentially humane observation represent a collection of stories as strong as you likely to read all year."

He Is Mine and I Have No Other (2018)
Rebecca O'Connor
"Evocative of Carson McCullers' The Member of the Wedding and Maura Laverty's glorious, long out of print, Never No More, Rebecca O'Connor's debut novel is vivid, authentic and compelling and may be the truest depiction of Irish rural girlhood since Edna O'Brien's Girl With Green Eyes. For that it is, and a lot more besides. What a treat it is to be introduced to such a genuine, compassionately humorous and profoundly tender voice."
Visitors to this page also looked at these authors
Peter May
Colleen McCullough
Joyce Maynard
Keith McCafferty
Alistair MacLean
Mary Higgins Clark
Thomas Mann
Ngaio Marsh
Richard Matheson
W Somerset Maugham
Anne McCaffrey
Philip Roth
Roger Zelazny
Paul McAuley
Yann Martel
Steve Martini