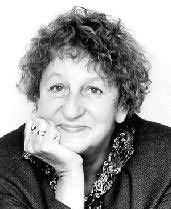 Germany (b.1935)
Ingrid Noll has written several novels, including Head Count, Hell hath no Fury and The Pharmacist, as well as one television drama, Bommels Billigflüge. Several of her novels have been subsequently adapted as films, including Die Apothekerin, which was released in the United States as The Pharmacist and was nominated for the German Film Award in Gold for outstanding feature film. She has published her first novel-debut in the age of 55 years, which got became great success. Today she is one of the most German appreciated female authors.