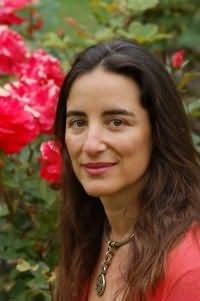 Jandy Nelson, like her characters in Ill Give You the Sun and The Sky is Everywhere, comes from a superstitious lot. She was tutored from a young age in the art of the four-leaf clover hunt; she knocks wood, throws salt, and carries charms in her pockets. Her critically-acclaimed, New York Times bestselling second novel, Ill Give You the Sun, received the prestigious Printz Award, Bank Street's Josette Frank Award, and is a Stonewall Book Award honor. Both Sun and her debut, The Sky Is Everywhere, have been YALSA Best Fiction for Young Adults picks (Sun, a Top Ten on Both YALSA and Rainbow Lists) and on multiple best of the year lists including the New York Times, Time Magazine, NPR, have earned many starred reviews, and continue to enjoy great international success, collectively published in over 47 countries.

I'll Give You the Sun has been sold to Warner Brothers and screenwriter Natalie Krinsky is currently writing the adaptation. Jandy, a literary agent for many years, received a BA from Cornell University and MFAs in Poetry and Children's Writing from Brown University and Vermont College of Fine Arts. Currently a full-time writer, she lives and writes in San Francisco, Californianot far from the settings of her novels.