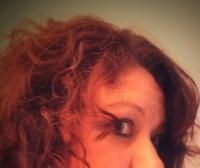 R. L. Naquin is an urban fantasy novelist and short story writer. She writes the Monster Haven series for Carina Press. You can find her on the Web at: www.rlnaquin.com

Rachels head is packed with an outrageous amount of useless Disney trivia. She is terrified of thunder, but not of lightning, and often recites the Disneyland dedication speech during storms to keep herself calm. She finds it appalling that nobody from Disney has called yet with her castle move-in date.

Originally from Northern California, she has a tendency to move every few years, resulting in a total of seven different states and a six-year stint in England. Currently, shes planning  her next grand adventure. Rachel has one heroic husband, two genius kids, a crazy-catlady starter kit, and an imaginary dog named Waffles.

She doesnt have time for a real dog.

Collections
Beyond Human (2018) (with Lauren Dane and Beth Dranoff)