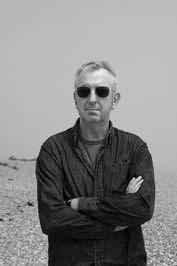 Wrote my first book in 1979. It was nearly my last. I went off to live in Paris and later Spain because I thought that was what writers did. Later I realised that writers had to write as well.

Going to Spain however, has been a constant inspiration and I have been a regular visitor there since 1976 - the year after dictator Francisco Franco died. Most of the events in The Sentinel are based either on documented incidents or anecdotal evidence from conversations with Spaniards.

As well as writing, I workedfor a long time as a criminological researcher and taught at various universities.

Six years ago I began to write in earnest and the result was 'The Sentinel' the first volume of the 'Vengeance of Memory' trilogy in which events of the past can still affect present day life - sometimes with lethal effects.