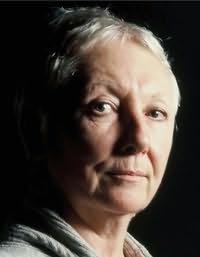 (b.1943)
MAUREEN O'BRIEN is an accomplished actor and author who has starred on stage in the West End and throughout the country and on television where her roles range from Vicki in Doctor Who to Elektra in the Oresteia. She has twice won the Sony Best Actress award for her work on radio and also has awards for audiobooks of which she continues to record a huge range. In 1987, encouraged by the production of a radio play Going On, she wrote her first novel Close Up on Death, and since then she has combined both careers.

O'Brien directed Brecht's Caucasian Chalk Circle at Ottawa University, Canada, in the 70s and in the 80s she taught acting workshops in the USA and directed shows on the London Fringe. Her production of Mike English's Getting In in 1986 was Time Out's Critic's Choice.

Her play The Cutting (Bush Theatre) was nominated Best Play (London Fringe Awards) and Best Newcomer (Evening Standard Drama Awards) and is about to become a feature film. Her last novel, Unauthorised Departure, was published in January 2003 by Little, Brown in the UK and by St. Martin's Press in New York and her latest novel, Every Step You Take was published in December 2004 by Time Warner.