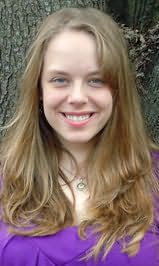 Melissa Olson was born and raised in Chippewa Falls, Wisconsin, and studied film and literature at the University of Southern California in Los Angeles. Soculture shock. Never one for beer or cheese, anyway, Melissa came to love her new city, especially the climate, the movie-watching opportunities, and the food, pretty much in that order. After graduation, and a brief stint bouncing around the Hollywood Studio System, Melissa proved too broke for LA and moved to glorious Madison, WI, where she eventually acquired a masters degree from UW-Milwaukee, a husband, a mortgage, two kids, and two comically oversized dogs, not at all in that order. She loves Madison and its proximity to her family, but still dreams of the food in LA. Literally. There are dreams.